HIS MAJESTY'S 7TH REGIMENT OF FOOT, ROYAL FUZILIERS
Helyar's Company and the Royal Fuziliers from 1780-1785

“The Fusiliers had served with credit in America from the commencement of the war, and under an excellent officer, General Clarke, had attained the summit of military discipline,”

-Roderic Mckenzie
“STRICTURES
ON
Lt. Col. Tarleton's History
"OF THE CAMPAIGNS OF 1780 AND 1781, IN THE
SOUTHERN PROVINCES OF NORTH AMERICA” 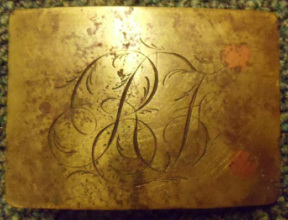 Charles Helyar began his military career as an Ensign in the 32nd Regiment of Foot on the 26th of October, 1775.  He purchased a Lieutenancy in the Royal Fuziliers on October 8th 1776 and then obtained the rank of Captain on February 1, 1780.  Though the regimental records are not perfectly clear, it appears as if he may have taken over the company previously commanded by Captain Philip Anstruther (Feb 1777 – Feb 1780) and Captain Thomas Hasketh (Oct 1772 – Jan 1777).

Helyar's Company, along with the rest of the Royal Fuziliers, sailed from New York Harbor as part of Sir Henry Clinton's army headed for the Carolinas in late 1779.  The Regiment took part in the successful Siege of Charleston (March 29 – May 12, 1780) where the battalion companies served alongside the 23rd Regiment of Foot, Royal Welch Fuziliers.  The regiment's flank companies were also present, in the 1st Light Infantry Battalion and the 1st Grenadier Battalion.  Once the Rebel forces surrendered, the Royal Fuziliers remained in Charleston to form part of the garrison along with the 63rd and 64th Regiments of Foot, a number of Hessian, Provincial, and Loyalist Militia regiments.  The flank companies returned to New York City with their respective battalions.

Rather than simply remaining in Charleston, the Royal Fuziliers were assigned a number of difficult tasks.  On May 26th, 3 companies of the regiment were detached under the command of Nesbitt Balfour of the 23rd along with the Prince of Whales American Regiment (PWAR), Ferguson's American Volunteers, and several Light Infantry Companies.  They were to march toward Ninety-Six.  On June 14th the column arrived at Congarees (present day Columbia, SC) where the 7th and the PWAR were left under the command of Captain Peacock of the 7th.  The rest of Balfour's command marched on toward Ninety-Six where they arrived on June 22nd.  An 80 man detachment of the 7th was sent to Camden to assist with the construction of the town's defenses.

While this was going on, General Clinton requested that Cornwallis send the Royal Fuziliers to the Chesapeake to reinforce General Arnold's force there.  This request was never fulfilled.  At the same time, Cornwallis was eager to reunite the 3 companies serving in the backcountry with the rest of the Royal Fuziliers in Charleston, where they were badly needed.

Captain Peacock's command spend the remainder of June at Congarees protecting the post and local Loyalists from marauding rebels as well as assisting with the formation and taining of militia companies.  On June 27th, the 7th was ordered back to Monks Corner with all of the wagons which could be rounded up.  After riding in the wagons to Monks Corner, the detachment was forwarded to Charleston, where it rejoined the rest of the regiment.  In late July, the 80 man detachment in Camden was ordered back to Charleston.  When they arrived there on July 31, Nesbitt Balfour wrote to Cornwallis that the clothing of the Royal Fuziliers was entirely worn out and they were, "unfit to march."

After being refitted and rested, the fit men of the Royal Fuziliers, numbering about 220, were ordered to Monks Corner under Major Moncrief of the Engineers.  At Monks Corner, the regiment was mounted on horses destined for Tarleton's British Legion.  Along with 3 regiments of Loyalist militia, the Royal Fuziliers were dispatched to Georgetown.  The area around Georgetown had come back under the influence of the Rebels and Moncrief's task was to subdue the region and bring it back under Royal Control.  Moncrief felt the task was accomplished by September 21 with a large number of rebels arrested and stores confiscated.  The 7th, still on horses, made the journey to Camden in a couple of days.

The Royal Fuziliers arrived in Camden with 106 men sick and therefore unfit for duty.  The state of all of the regiments under Cornwallis was very similar. The South Carolina climate was taking a heavy toll on the British soldiers.  In spite of the state of the regiment, those men fit to march were immediately ordered to join Cornwallis in Charlotte with badly needed supplies  and recovered convalescents for the Army.  On October 5th, they arrived in Waxhaws and October 7th saw the regiment in Charlotte.

Soon after the arrival of the Royal Fuziliers, and with the news of the defeat of Ferguson at King's Mountain, Cornwallis retired towards Wynnsboro where he could more readily support Rawdon at Camden.  During the march, a number of Fuziliers fell to yellow fever or malaria, including Captain Peacock.

Almost as soon as the force arrived in Wynnsboro, Lord Rawdon requested the Royal Fuziliers be sent back to Camden as he was in dire need of reinforcement because of the large number of sick.  The 7th began the 30 mile trip on October 21st and arrived 2 days later under the command of Lt. Marshall.  All of the other officers had fallen ill.

After a month of rest, the Royal Fuziliers were again sent to reinforce Cornwallis at Wynnsboro.  They departed Camden on November 25th.  Supplies for the army began to trickle in.  On December 4th, the clothing shipment for the 7th was forwarded to Wynnsboro from McCord's Ferry, just south of Camden.  By December 11th, the entire army had received new clothing and "winter appointments", which included brown wool trousers and mittens.  On the 23rd, 31 recruits for the 7th arrive under Lt. Wood, along with recruits for the other regiments.

On the 1st of January 1781, 240 men of the Royal Fuziliers were with Cornwallis at Wynnsboro (another 23 were in the Charlestown army hospital).  Of the 240, 4 officers and 165 men were dispatched to join the British garrison at Ninety-Six, SC, who was in a terrible state.  The detachment was organized into four companies under the overall command of Major Timothy Newmarsh of the 60th Regiment.  On January 5th, Colonel Banaster Tarleton requested to add the detachment of Royal Fuzliers to his small army chasing the American force under the command of Daniel Morgan.  Cornwallis approved this request on the 6th and the Royal Fuziliers were attached to Tarleton's command.

On January 16, 1781, Tarleton's army caught up with Morgan at the Cowpens.  The British force was soundly defeated.  Of the 177 total officers and men present of the Royal Fuziliers, Major Newmarsh, Lieutenantd L'Estrange and  Harling are known to have been wounded.  Captain Helyar and Lieutenant Marshall were killed in action. All of the rank and file were either killed, wounded or captured during the engagement.  The regiment's colours were also lost along with the baggage.

Many historians take Tarleton's word for granted that the 7th detachment was composed almost entirely of raw recruits.  However, an examination of the regiment's rolls and headquarters correspondence reveal quite a different story.  Of the 165 soldiers present on January 17, only 38 had joined the regiment while it was in winter quarters.  They arrived at Winnsboro on or about December 23, 1780, the date they received their company assignments.  The rest of the men were seasoned veterans:  40 had been with the regiment since 1779, 27 since 1778, 27 since 1777, 10 since 1776, and 23 since 1775.  A few of the men who had been with the regiment since 1775 even appear on the 1772 rolls!  This was certainly not a detachment of recruits!

The men captured at Cowpens were taken for a short time to Salisbury, NC and were shifted around to various locations as Cornwallis’s army gave chase to Greene’s army throughout February and March of 1781.  The POW's would eventually find themselves in Winchester, Va along with the remains of the Convention army POW's.

Just 7 days after the 7th detachment left Winnsboro, five fresh recruits arrived from Charleston.  They were in the company of 13 veterans of the regiment who were recently recovered from sickness.  The 13 veterans included 2 NCO's who has been with the regiment since before 1772.  Rather than send them to join the detachment destined for Tarleton's command, who were well over 50 miles away, Cornwallis retained the men.  They ended up accompanying his army through North Carolina.  By the end of March, the 18 man detachment was reduced to just 12 men.

When Cornwallis's army joined with the British forces in the Chesapeake in May of 1781, the 12 man detachment of the 7th appears to have been attached to the 21 men of the 7th's Light Company who were serving with the 1st Light Infantry Battalion.  Captain Baillie, who commanded the 7th's light company, was the acting Major of the 1st LI Battalion.  On October 19th, 1781, 29 Fuziliers surrendered, 4 having been captured during Abercrombie's raid a few days prior.

Meanwhile, the Royal Fuziliers who had been left behind in Charleston and Camden due to sickness were joined by new recruits.  With 182 men men good health,  The remains of the regiment were sent to reinforce Savannah, GA along with the Light Company of the King's American Regiment on December 22, 1781.  Elements of the detachment in Savannah were engaged in the Battle of Campbell's Plantation on February 22nd and Ogeechee or Harris's Bridge on May 20th.  When the garrison of Savannah was evacuated on August 11th, 1782, the Royal Fuziliers were sent to directly to New York City.

The POWs taken at Cowpens and Yorktown were not released until 1783.  The men of the Royal Fuziliers began to be discharged in May of that year, with the vast majority receiving their discharges on October 25th.  Some took land grants in Nova Scotia, but most elected to be transported back to England.  On November 25th, 1783, the British Army evacuated New York City.  The men of the 7th Regiment of Foot were some of the last soldiers to board their transports and leave New York harbor.

By June of 1784, the 7th Regiment of Foot had a mere 106 men fit for duty.  Only the Grenadier Company was at full strength.  While still not fit for service by the time of the 1785 inspection, the Royal Fuziliers had added 288 recruits to their ranks.  Aside for the regiment's poor guns, which were so bad that bayonets could not be fixed, they were a "good corps" composed of "fine young men."