Researching the 7th Regiment of Foot or Royal Fuziliers 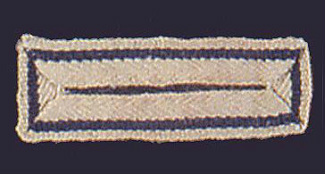 The history of the Royal Fuziliers during the period of the American Revolution is remarkably intact, especially where the material culture is concerned.  The majority of the regiment's rolls survive, as do the uniform and equipment purchase records, inspection returns, and even recruiting instructions.
Lord Robert Bertie, the Colonel of the 7th from 1754 until 1776, maintained an extensive and thorough record of the regiment's finances.  Evidently, Lord Bertie was quite fond of his fusiliers as he continued to finance the regiment until 1779, long after Richard Prescott had replaced him as Colonel.  Through Bertie's records, which are housed in the Berkshire Records Office in England, we are able to track a number of changes to the uniforms and equipment of the regiment during its time in America.

Due to the fact that the Royal Fuziliers lost their regimental colors twice during the American Revolution, many scholars paint the regiment in a less than stellar light.  By examining the various records which detail the combat record of the Royal Fuziliers, a very different picture begins to emerge.  The correspondence of Major Stopford and others show that when the regiment's colors were captured in 1775, they were in storage and defended by a mere 80 men faced by a force of over 400 in a 17th century trading "castle."  When the colors were again captured in 1781, it was due to the loss of Tarleton's entire force, including the baggage train; not because the regiment was composed entirely of raw recruits.  In fact, the colors were with the baggage and only 38 of the men were recent recruits.

As more documents are uncovered and analyzed a better, more complete picture of the Royal Fuziliers' service in America will continue to emerge.  The pages within this website will continue to be updated as new information presents itself.